The Gates are opening September 15th! 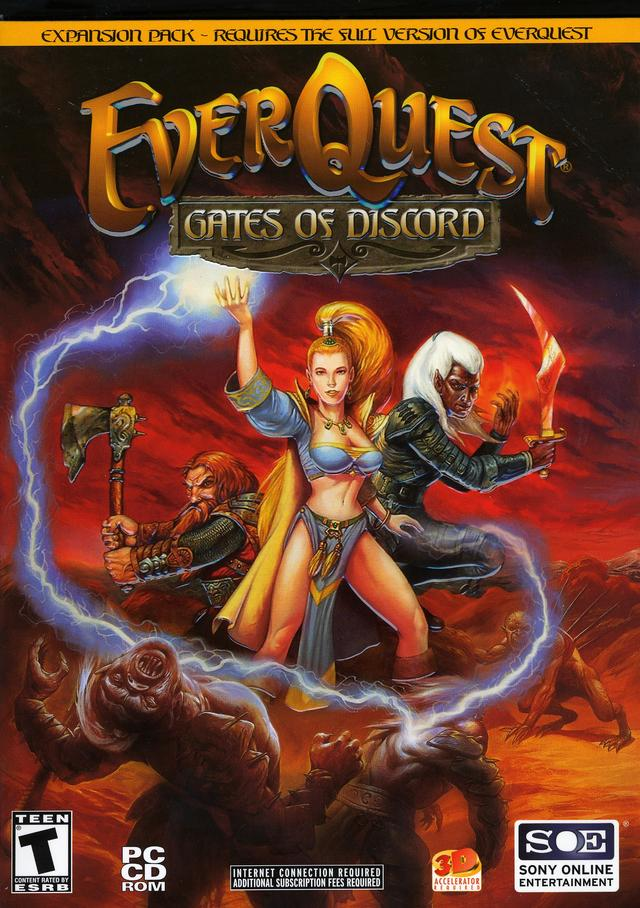 The time has come to leave behind the Planes of Power and enter the Gates of Discord! We have killed our fair share of gods and barrels and we are ready to face the challenges ahead.

We are excited to have some new content to explore and triumph over.
This expansion gives us more AA's, 20 new zones, the Berserker class, the Tribute System, more quests and the Casino in Shadowhaven!

We are currently looking for a few new additions to our ranks. We would love a cleric or two, but always welcome all applications regardless of class. If you are looking for a place to call home during your adventures in Norrath and beyond, or would like to know more about MiM, feel free to hit us up in Discord or fill out an application.
​
Continue… 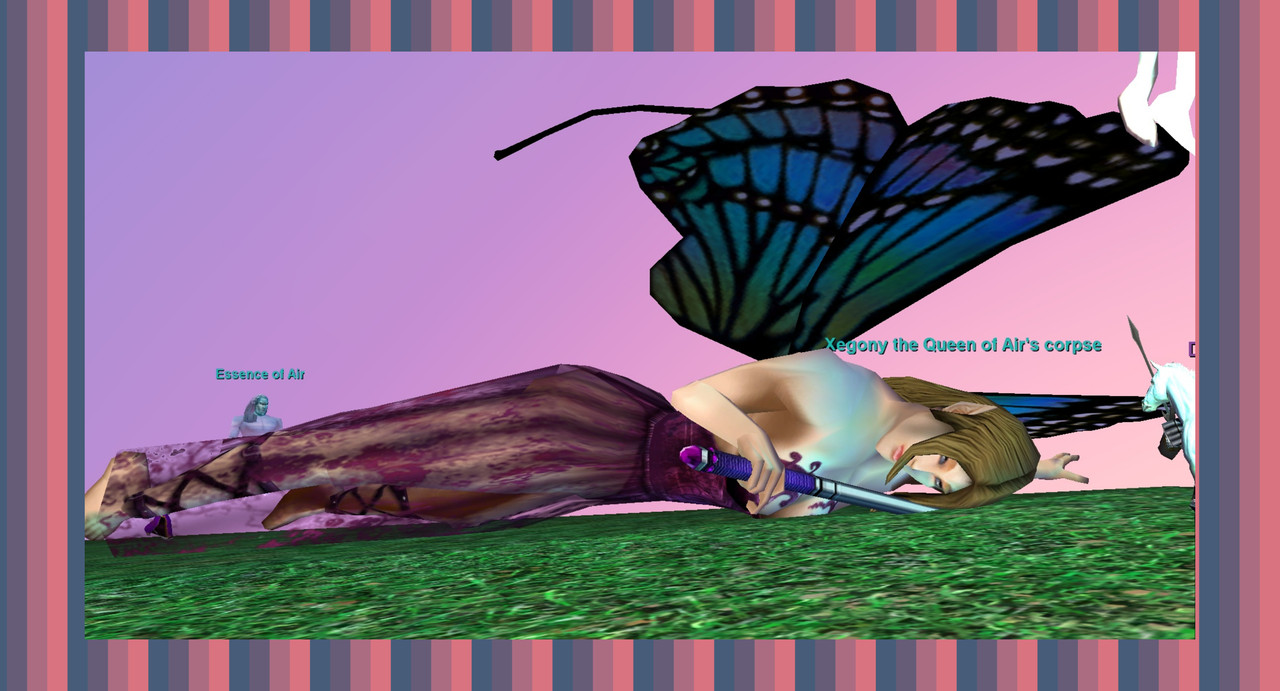 MiM had a very thrilling and intense first week in the Planes of Power.
We gathered our forces and pushed through all the various keys and flags needed to invade the planes and defeat the gods!
We fought through various minions and monsters scattered throughout the planes and found ourselves at the rainbow to Xegony's island. 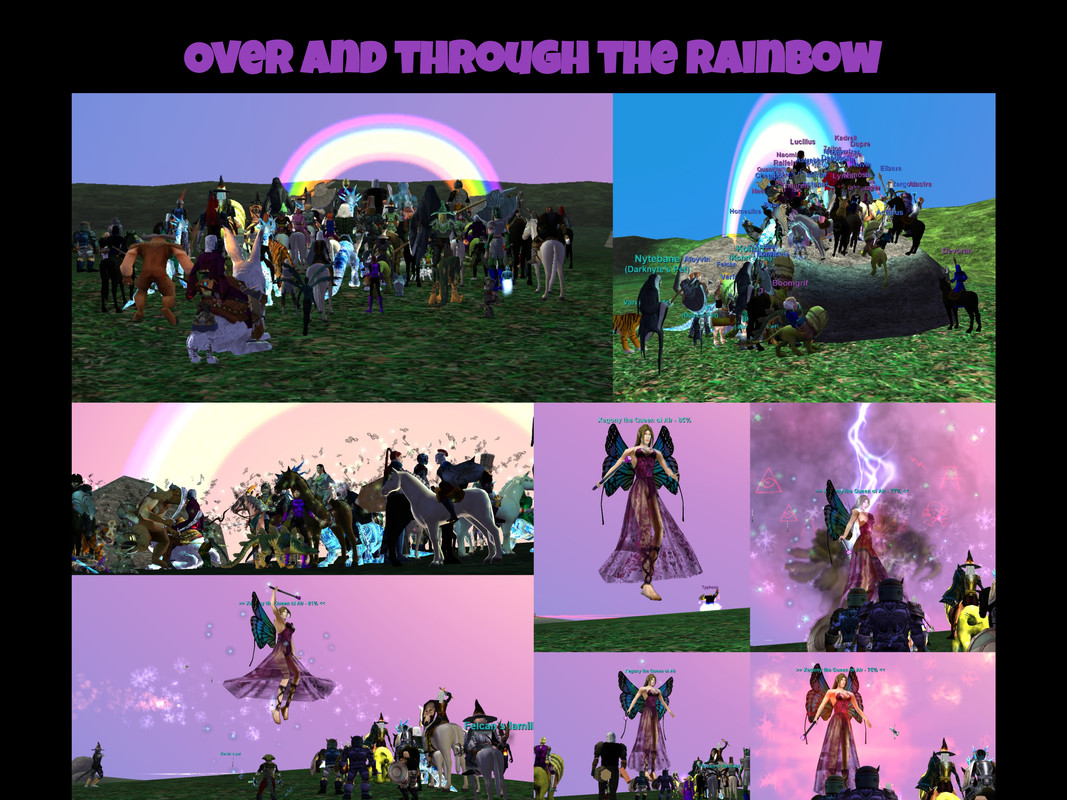 After crossing the rainbow we engaged in an epic battle with Xegony!
Her beauty was no defense against our combined might.
After this victory we turned our eyes and swords towards the Plane of Time and a certain 4 headed dragon. 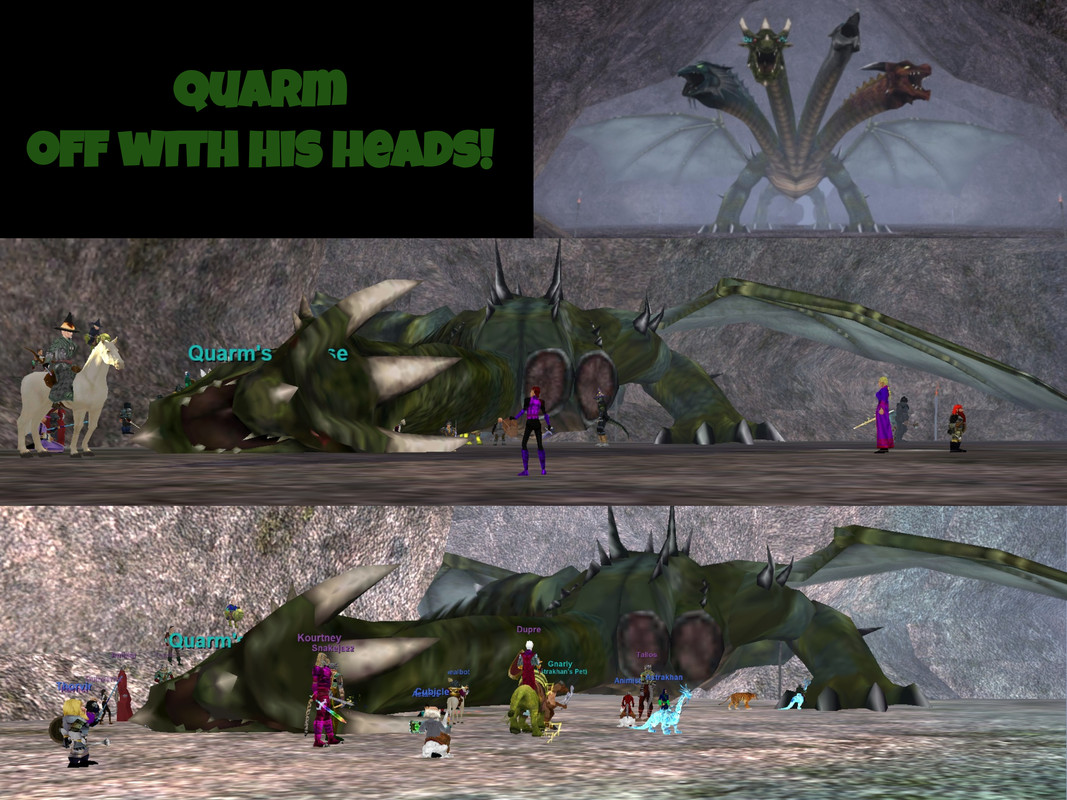 The Plane of Time put up a good fight! In the end we banded together to destroy each god and fight our way to the mighty dragon.
We unleashed our amazing group of raiders at Quarm and quickly relieved him of each extra head, until but one remained.
It did him no good, and he fell to our feet.
MiM had such a fun and amazing time conquering the Planes of Power thanks to its members.
We have such a friendly and motivated group of folks that can get stuff done.
Cheers to us!

Looking to join a great group of people? Apply here or visit our discord.
​
Continue…

PoP is about to drop!

Are we excited? Hell Yes! Next week Planes of Power becomes available to ravage on Aradune! Along with endorphin pumping fun it brings with it:

A level cap increase to 65 with more AA to hoard /flex
The Plane of Knowledge travel hub, yay books!
23 new zones to explore and lots of raid content to conquer!! 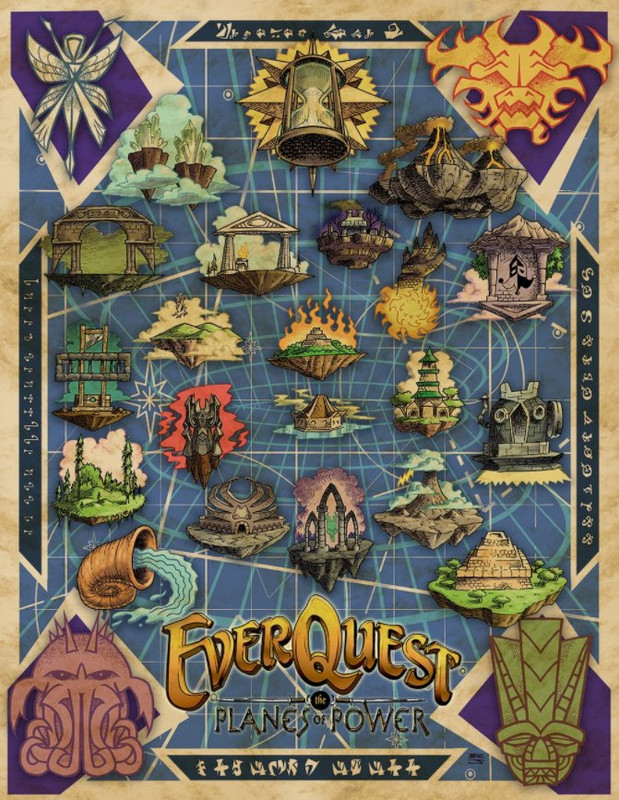 Our guild has been busy strategizing our initial attack on these otherworldly planes. We currently don't have any raider spots left for our initial push, but if you want to join in on the fun that takes place afterwards and are in need of place to call home, please click here or reach out to us on our discord.​
Continue…

MiM has landed on Luclin and vanquished its many denizens!

We stormed the Ssraeshza Temple, and after the death of many Shissar, we ended the reign of the mighty Emperor Ssraeshza himself! 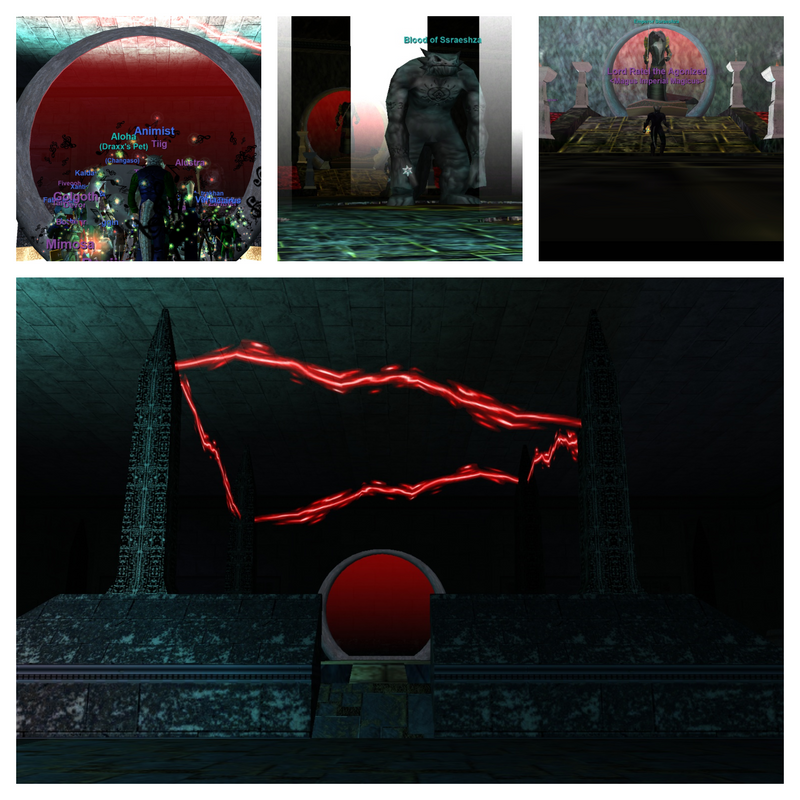 Upon his death, 40 brave souls dared to enter Vex Thal and face the Akheva High Priestess Aten Ha Ra. She stood no chance and succumbed to our might! 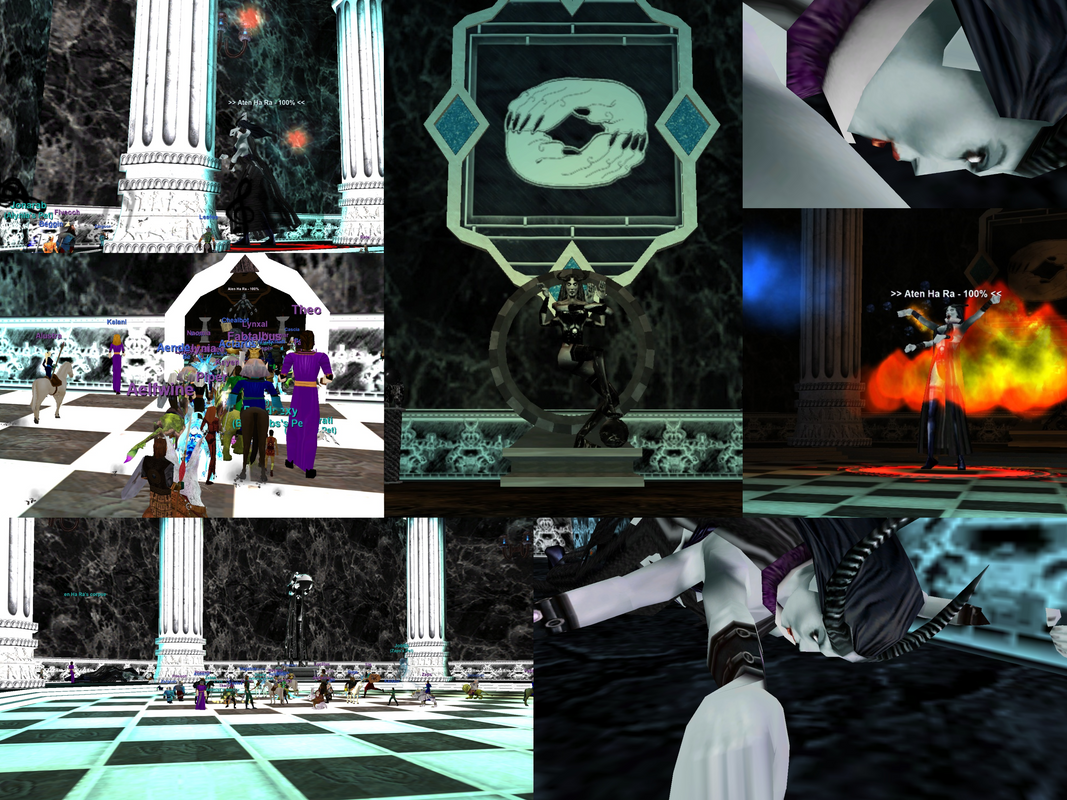 You ask what is next for MiM? Looking for a new guild to call home on Aradune? Find out more by joining our Discord at Magicus Gaming or applying here!​
Continue… 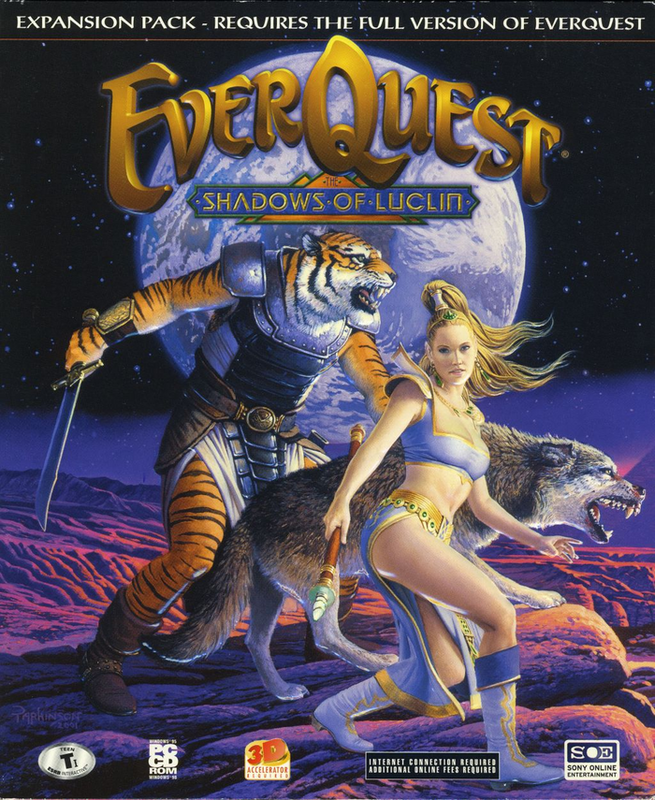 We have spent the last few months exploring and conquering The Scars of Velious. Many Giants and Dragons have succumbed to our might. After many nights of staring at dragon cloaca we are excited for the release of The Shadows of Luclin! (2/3/21)

This expansion gives us some fresh zones and raids. We get many new zones to explore, bosses to obliterate, alternate advancement skills to learn, the use of mounts, the Bazaar to wheel and deal in, the new playable Vah Shir race and the Beastlord class!

Are you excited yet?! To the moon we go! If you want to join us on these adventures please feel free to reach out via our discord server at Magicus Gaming or submit an app here.​
Continue… 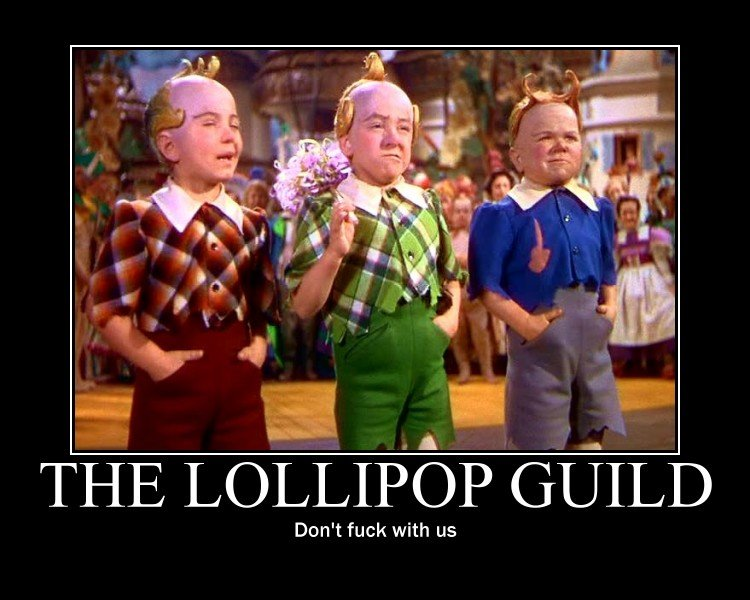 Okay let's be real, no one really likes 12 weeks of Kunark. However, those of us on the Everquest TLP Server Aradune have accepted we're stuck with it for another 7 weeks or so. With that said, MIM is opening recruitment for a limited number of folks. MIM is more of a community rather than a guild. During the downtime especially in Kunark you'll find us playing Path of Exile or perhaps Civilization 5. Other games to help us pass the time during this slower period of an EQ TLP server. What can you expect from MIM? A group that knows the value of raiding content, doesn't push too late each night, but still clears all relevant worth while content each week. A community that values you as a person and realizes you don't have the availability to wake up at 3am to try to get that ground spawn for the VP key, because you've learned you actually like sleep. A group that takes raiding seriously, but understands that pixels aren't our entire lives. They're the fun part, and we don't make it a second job for you. So if that sounds like what you're after, just register on our website. You can fill out an application to join or access our Discord via the links that magically appear after you've completed registration.

Rather than say We have a "high" need for any class, we're just going to say we are open to the following classes:

If you feel you're an exceptional player and want us to consider an exception for enchanter, magician, or ranger, apply and we'll hear out out. We may be willing to squeeze in 1 more of each. The following classes are not being considered at all:

There are absolutely a limited number of slots, so once those are filled it doesn't matter what class you are, recruitment will shut down again. If you have questions, reach out to us in game!

Our Coirnav Team is still working through what they can in The Serpents Spine, and if you're interested in seeing some of the later expansions, they're still accepting recruits as well. Nothing new to report here, but they're always accepting quality folks.​
Continue…
Menu
Log in
Register
Top